This library is an internal collection of resources that has been curated to provide colleagues with tools that can help bridge historic divides and to cooperatively build programs together with tribal communities. By providing these tools, this library allows colleagues to do their work with sensitivity, cultural humility, and with a social justice lens. The sources in this library were sought out from across the country and were chosen based on their explanation of the topic. This library is intended for Extension colleagues as well as Extension partners to return and engage with. Click each tab to access the information related to each topic area.

When speaking about humans across the Western Hemisphere, it is important to use accurate terms that reflect that community’s preferences. Using correct nomenclature promotes cultural understanding and helps prevent the generation and spread of stereotypes. Being intentional with language acknowledges and respects the diverse culture, traditions, and languages that exist within and across Indigenous communities.

Many of the following terms have been used interchangeably for decades. As language evolves, so does our usage and understanding of the impact of certain terms, especially those that have been assigned to Indigenous Peoples without input from the communities to which they refer. Terminology is personal and not all Native people will have and use the same preferred terminology. It is best practice to ask someone from a specific community how they prefer to be addressed.

Language is important in its meaning and usage especially when working with indigenous communities within our counties and areas. Below you can find a comprehensive list of commonly used terminology that applies to Extension, Land-Grant institutions, and terms relating to indigenous communities, their definitions, and when they should be used and applied.

What are tools that are relevant to the work of Extension educators, faculty, and staff? Below you can find tools ranging from reference maps and teaching tools to videos and writing guides.

A conversation guide for Extension colleagues

A resource guide for Extension colleagues

Tribal websites within the geography of Wisconsin

Tribal Websites within the geography of Wisconsin

Below, you can find a list of all the Tribal websites that exist within the geography of Wisconsin. The first nations listed represent the contemporary peoples that currently share geography with the present state of Wisconsin. As we continue to implement access in our work, we understand that Native Nation communities still exist and are not communities of the past. Please click the link under each title to access the website.

Please note that not all tribal nations are recognized by states or the federal government. According to the Department of Justice, ‘Federal Recognition’ is a legal term meaning that the United States recognizes a government-to-government relationship with a Tribe and that a Tribe exists politically in a “domestic dependent nation” status. Source: About Native Americans

As the nations below share geography with Wisconsin, when referring to the nations below, avoid possessive language when talking about geography. For example, avoid “Wisconsin’s First Nations”. Source: How to talk about Native Nations

Tribal Nations within the geography of Wisconsin

The treaties listed below are the treaties that directly relate to the land across Wisconsin. You can explore the following Excel spreadsheet to find which treaties have shaped and impacted the land that you currently work and reside on. The links below each treaty title include a description for the related treaty.

Foundations of land-grants, Extension, and the Wisconsin Idea

Foundations of land-grants, Extension, and the Wisconsin Idea

Below you can find webpages that can provide you with a full understanding of the land grant university system, our organization itself, and the Wisconsin Idea that may highlight the best parts of each concept. Understanding the foundations of the these three concepts and how they all relate to one another provides colleagues a broad overview of the systems that creates the narratives to how and where we incorporate our work across the state. Please click the title of each bullet to access the link.

The history of land-grant universities

The history of Extension

This subsection is currently still in development.

Below you can find organizations staffed by and serving the tribal nations of Wisconsin. Several are also dedicated to educating non-indigenous populations in the state about the tribes’ history, culture, current affairs, and how discriminatory practices have impacted their land sovereignty and wellbeing. We recognize that this list is not comprehensive and are continually adding organizations as we learn about them. Please click the title to access each organization’s website.

Many of the indigenous languages in Wisconsin only have a handful of fluent speakers remaining, and most of those are elderly. In this section you’ll find tools relating to learning the languages and information on efforts to preserve and teach them to younger generations. The resources in this section of the library provide access to information on the languages spoken by the 12 tribal nations in Wisconsin. All resources come from the tribes themselves. Please click on the subtitle to go to the related website.

As Extension colleagues across the state use evidence based research for their programming and work directly with indigenous population across the state, it is important for Extension colleagues to understand the impact that Western based research practices can have on indigenous populations. Through the following materials, colleagues can see that mainstream research practices can often be exploitative. The following articles provide perspectives on ways to decolonize research methodologies, center indigenous ways of knowing, and center perspectives that can guide Extension work. These articles can be found under the journals listed in the citations.

The Zoom can be found at this link

The relationship building process is meant to be tailored and intentional. For questions on building relationships, please submit a Coaching & Consultation request through OAIC’s Support Request form found on the homepage.

Click the icon below to request OAIC services or support

Click the icon below to Report Bias & Hate Concerns 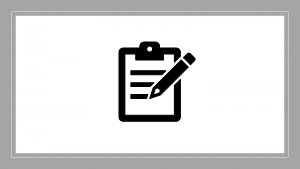